We all have passionate interests that we begrudgingly realize will likely never converge into one explosion of awesomeness. Ice-cream and prime rib. B-movies and ballet. Two of mine are art museums and video games. So, I was pleasantly surprised when I heard about the Art of Video Games exhibit curated by Chris Melissinos at the Phoenix Art Museum. As a longtime lover of video games, I was really excited to see an entire exhibition that would highlight the incredible artistry that goes into making games. I expected to see rare concept art, maybe some beautiful screenshots, details of the creative processes of designers, and probably some playable  demos. Unfortunately, I was actually a bit disappointed with what it ended up being.

I think a more appropriate title of the show would have been “The History of Video games.” It felt more like an informational exhibit you’d find in a place like the Smithsonian (which is, I think, what the exhibit was originally for), aiming at an audience of people entirely unfamiliar with games. Most of the exhibit was comprised of individual TV screens  representing each generation of game systems spanning 40 years, adding up to over 20 systems. With each system is a TV screen showcasing 4 games, showing gameplay footage with an audio commentary about the game’s mechanics, story line, developers etc. If you’re already a gamer, the information presented is mostly common knowledge, but it was really cool seeing it all presented in such an organized, chronological way, and seeing some of the footage made me all nostalgic. But the commentary never really went into much about the development of the game itself, which I would have been more interested in.

As predicted (and promised) there were also some playable games, one of which being indie-darling Flower on a generously sized screen. There was also a short film of interviews with developers and industry insiders. There were only a handful of pieces of concept art. Which was disappointing, because you’d think that an exhibition in an art museum focusing on the “artistry of videogames” would show more of, you know, the artistry of the people who make a huge volume of beautiful art to make these games possible: 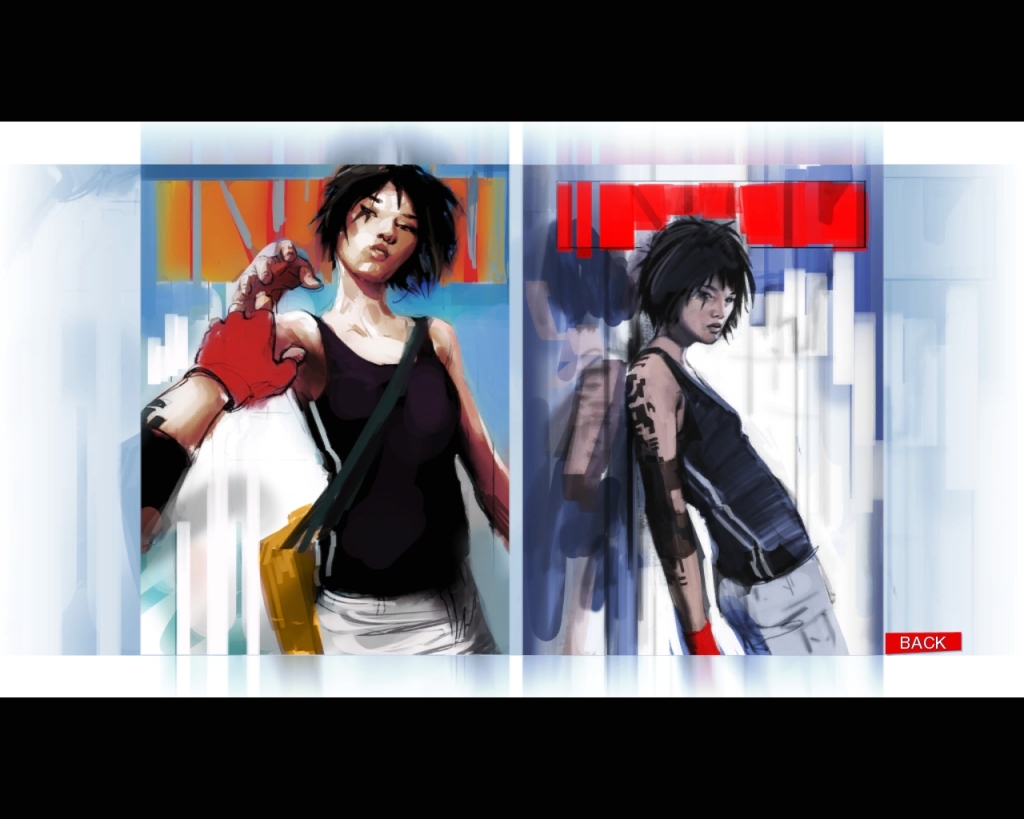 I mean, I understand and respect that Melissinos would want to present the games themselves as the “art” of the exhibition, but why not show people who may not realize just how much “traditional” art making techniques go into making these games so striking and beautiful  some concept work or sketches? Or show us famed Silent Hill composer Akira Yamaoka doing his thing, for instance. Overall, there wasn’t really anything in the exhibit that you couldn’t find on YouTube or Wikipedia, or that most gamers wouldn’t already know. But if you’re unfamiliar with the medium, it’s certainly a good place to start! Or, if you’re a gamer in the mood for some nostalgia-fuzzy feelings, it’ll be a real treat. Hopefully Melissinos expands his “baby” to include more of what I had been itching to see. All the great designers, concept artists, character artists- they all deserve to be singled out and recognized for their talent and vision, which in the end mostly gets “lost” in the final product.

For Phoenix natives, the exhibit is up until September 29th.

2 thoughts on “Phx Art Museum’s “The Art of Videogames” – Lots of Games, Not so Much Art”