Ah, Barbie. Love her or hate her, if you were a little girl sometime in the past 60 years, you probably had some sort of relationship (forced or otherwise) with the classic doll. I played with Barbies a lot as a kid- cutting their hair, dressing them up… …. So, it was only a matter of time before she showed up in my art. I mean, my work is about feminine beauty and it’s construction and commodification, so, who better to embody that than Barbie? Also, I needed a break from painting myself wearing sheet masks.

Here’s the first one that I painted. I was surprised by how much I enjoyed it- its interesting how similar yet different it was to painting a human face. The major structure is actually there, just exaggerated in certain areas (EYES!)

I decided to be a tad creepier with this one: 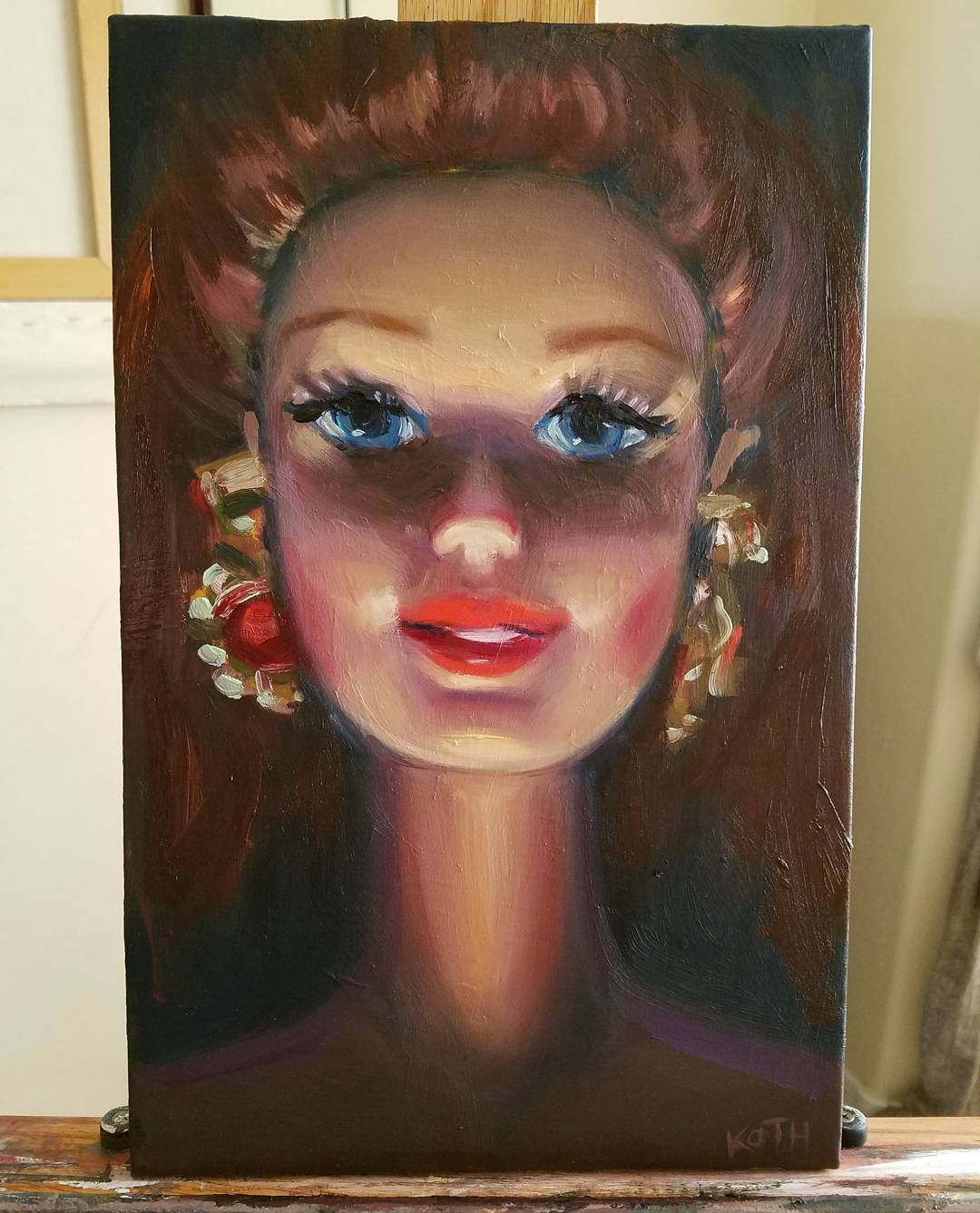 I think this one was “Holiday Barbie,” thus the festive earrings. I photographed and lit real reference photos for this from my actual childhood barbies, so there was a real nostalgia in looking at these dolls that I actually used to play with.

Vincent Desiderio says something along the lines of all paintings are in some way self portraits of the artist. And I feel that that’s true – ultimately, we tend to paint what resonates with us- we can’t escape it. If you played with barbies as a young girl, it’s hard not to both project and draw your own notions and aspirations of femininity and womanhood onto her. In a way, Barbie becomes a self portrait or snapshot of a lot of us at a time when womanhood was so far off that the idea of “playing house” seemed exotic. Anyway, I think I’ll be painting more barbies!

One thought on “Fun with Barbie!”